I like to take stones from one place and leave them in another place. It's a kind of terrorism.

空気読めない, „unable to read the air“, to chide people who aren’t reading the context.

There's something kind of poignant and lovely and melancholy about just accepting the glory of the effort as glory enough on its own.

Mood's a thing for cattle or for making love. You fight when necessity arises, no matter your mood.

True beauty is as rare as is, among humans, the person who is capable of defying himself, that is to say choosing a certain self and imposing it on her/himself. Maximum freedom is born of the ultimate severity.

As there is nothing from the first, where does the dust itself collect?

Lying is a skill, and it requires a special trait: the ability to create another reality.

I give names to things based not on what they are, but what they ought to be.

Self-discipline is empathy with your future self. 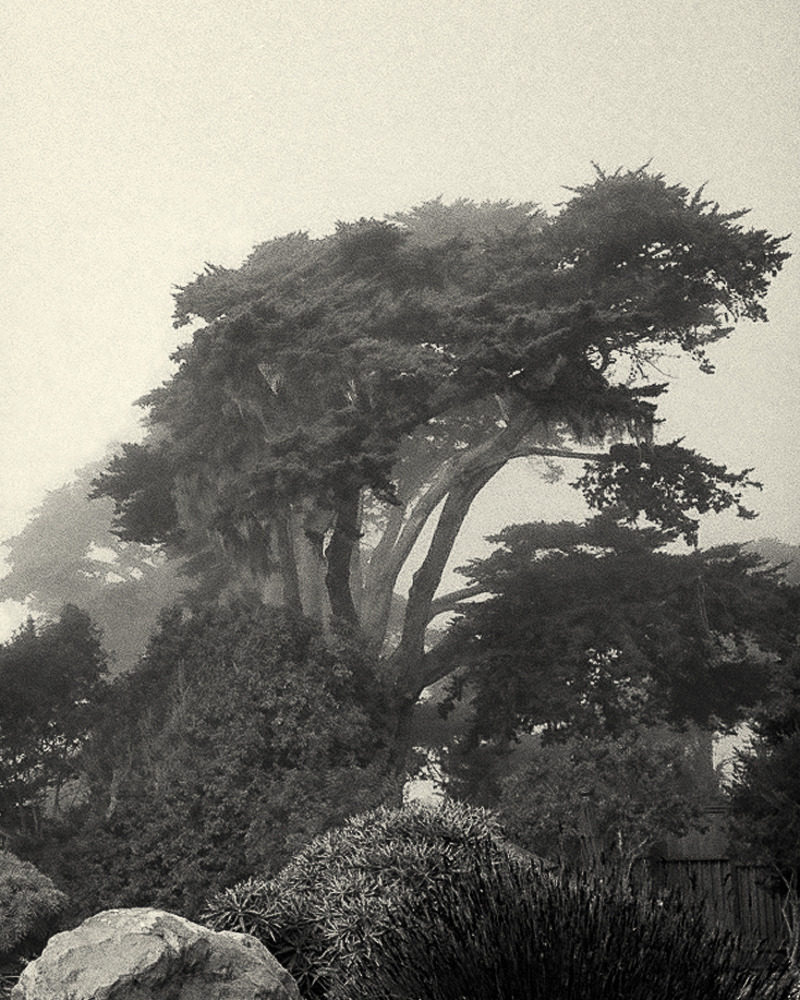 Your future self is watching you right now through your memories.

Not only is there no neutral ground to speak of, we are not neutral, and if we do not use our energy, someone else will.

Complete devotion to craft, scorn for conventional prosaic comforts, but attention and respect reserved exclusively for the mega-refined and extravagant.

Don't the tea masters Rikyū and Kobori Enshū say that even a speck of dirt out of place in the teahouse garden spoils the flavor of the tea?

Work in public. Reveal nothing.

As I see it, and as I live, I don’t have any weaknesses. I’ve set things up so that objectively I won’t have any, but can simply live my life subjectively, the best way I can conceive of.

Control and surrender have to be kept in balance. That’s what surfers do—take control of the situation, then be carried, then take control.

For if I can not endure today, when and where will I?

I get angry and frustrated when people can’t understand how things should be.

I’m not anti-search-engine, but i'm anti-easy. I think creating confusion is the best way to use the internet.

To be a person you have to find a sweet spot in which you both invent yourself and are real.

I'm not into fun, I'm into concentration.

Follow your vision. Form secretive Rogue Cells everywhere. At the same time, be not afraid of solitude.

Do something unique that only you and no one else in the world can do. Don’t call it art. 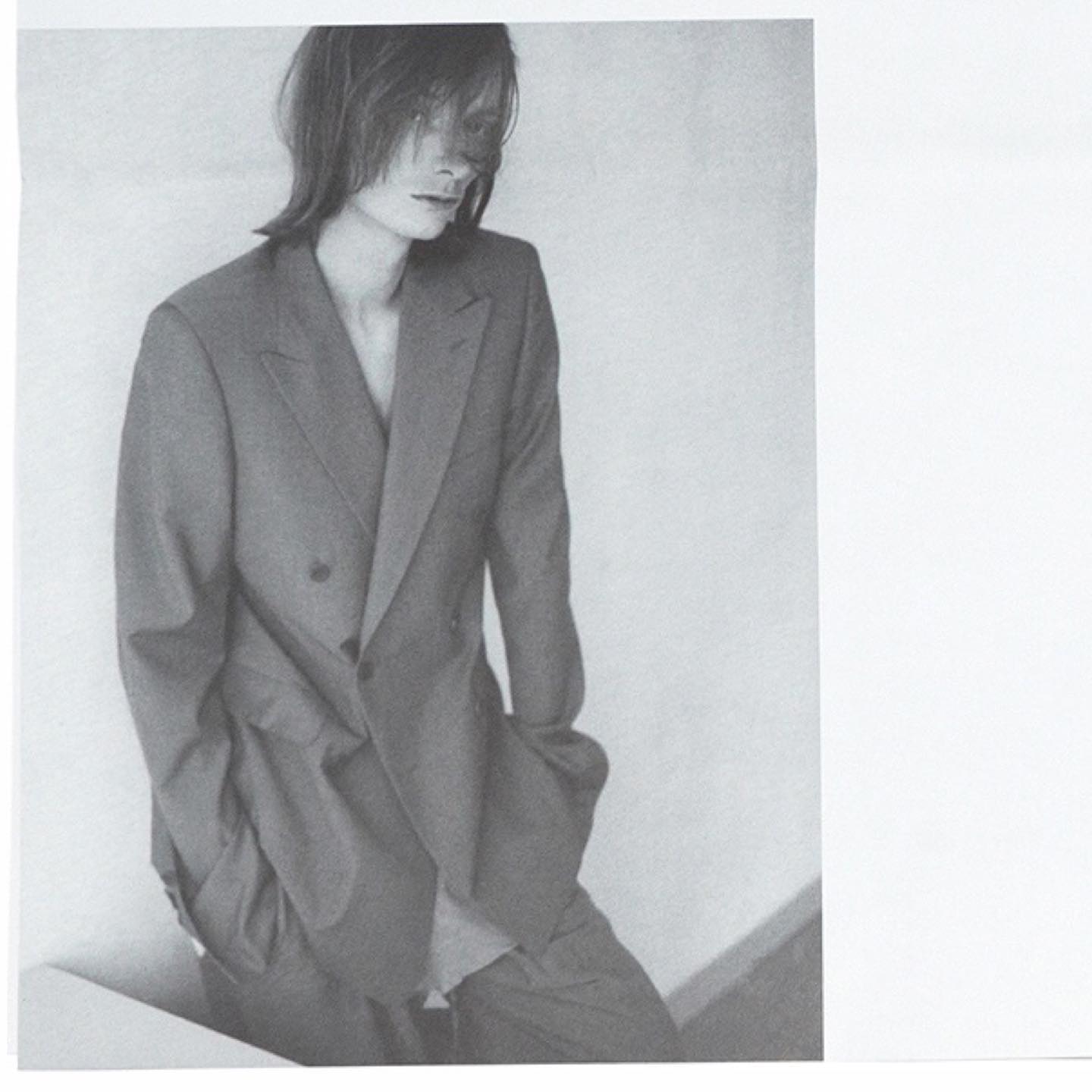 True emptiness does not occur until the first mark is put on paper.

If something is boring after two minutes, try it for four.

Takezō unhurriedly donned his kimono. With his teeth, he tore off a strip of cloth from his sash, and gathering his damp hair behind, tied it near the roots so tightly that his eyebrows and the corners of his eyes were stretched.

Not being able to tell how far the self extends.

Don’t bend; don’t water it down; don’t try to make it logical; don’t edit your own soul according to the fashion. Rather, follow your most intense obsessions mercilessly.

Surface is an illusion, but so is depth.

There is always, in an aesthetic judgement, a plea for universality. You imply that everybody should like this. You cannot say this is beautiful, and I don't care what you think.

(Poetic, ecstatic truth) is mysterious and elusive, and can be reached only through fabrication and imagination and stylization.

The plans for a building have to be made well in advance, with the construction methodically and rationally executed. If what I want to present is calm and logical elegance, wouldn’t I want its creation to follow suit?

When I am busy, the mountain looks at me. When I am at leisure, I look at the mountain. Though it seems the same, it is not the same, For busyness is inferior to leisure.

A lot of the power of the idea lies in the form it’s expressed in.

Technology and art are synonyms. 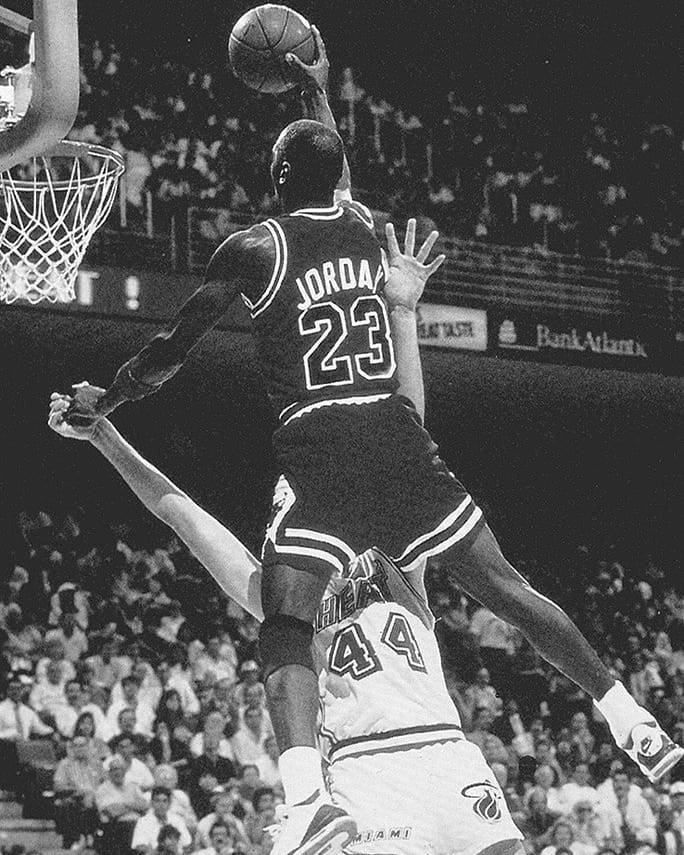 I think this whole idea of creating a universe, and then living in the middle of it always attracted me.

I think we have enough coziness in our lives. Isn’t it nice every once in a while, to have a little bit of discipline and to have something that makes you sit up kind of straight?

Grab for insights. Regardless of points others are trying to make, when you recognize an insight that has meaning for you, make it your own. Its importance is not how central it is, but how clear and interesting and memorable it is to you.

We no longer see the internet as a means to communicate, but as a way to change the nature of reality itself.

The Taoist and Zen conception of perfection, however, was different. The dynamic nature of their philosophy laid more stress upon the process through which perfection was sought than upon perfection itself. True beauty could be discovered only by one who mentally completed the incomplete. 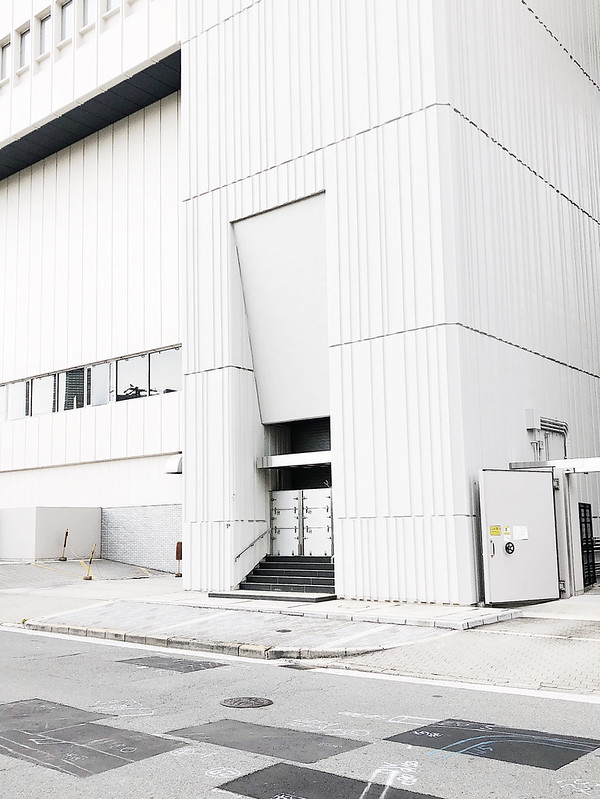 Maybe it’s about fighting and living a quiet life. These are the big challenges that I face and I get satisfaction that I can solve them both at the same time.

Reaching for perfection knowing that you cannot entirely fulfill it: this is the adventurous and exciting starting point. If you would really believe [in your own] rules, i think it would be naïve. If you really would believe that there is something like perfection, it would be a terrible misunderstanding.

You can avoid people, but you can‘t avoid architecture.

I modify facts in such a way that they resemble truth more than reality.

Stillness, the ruler of movement.

The only path to happiness is responsibility. Not getting what you want but doing what you need to do. 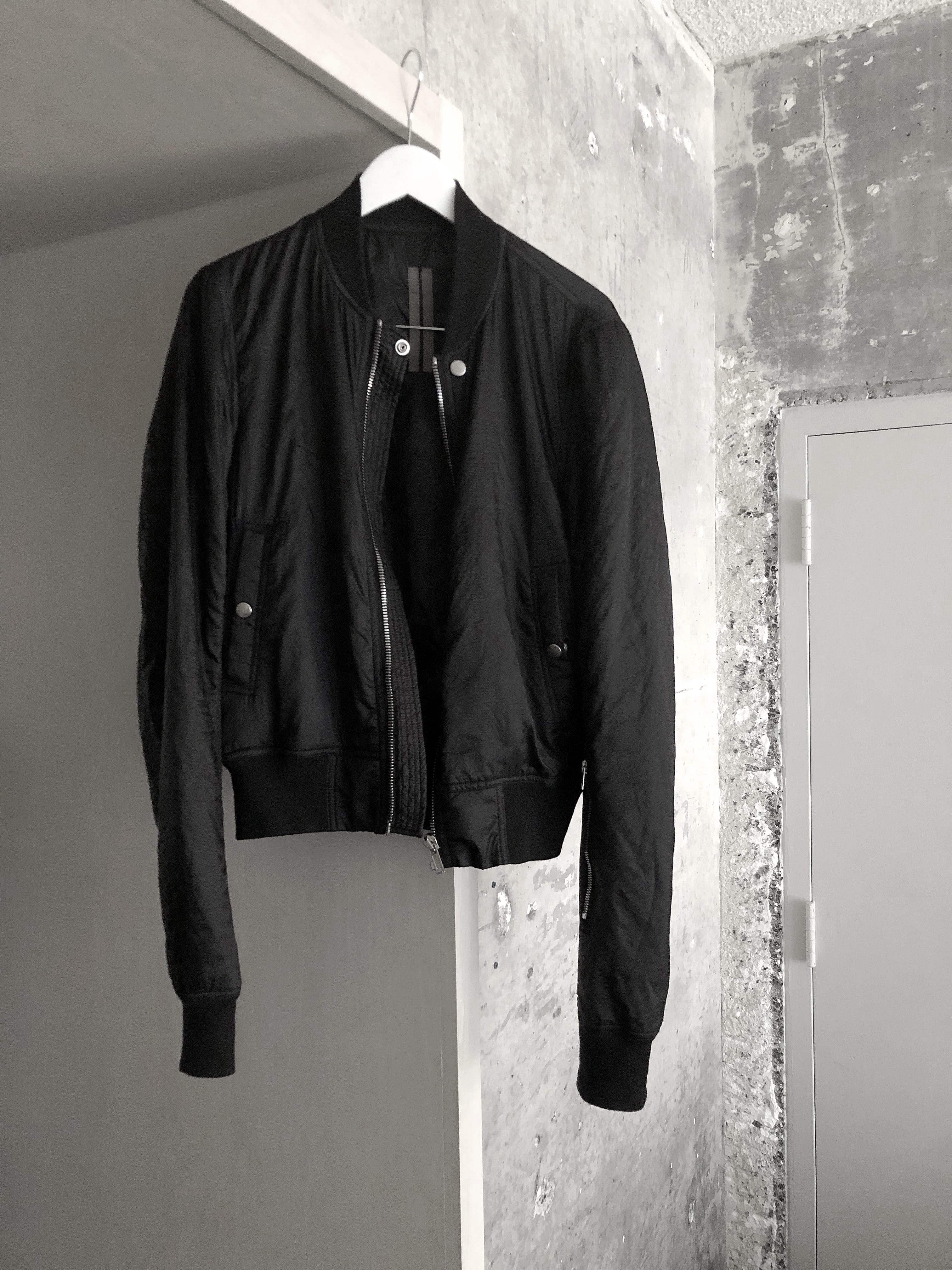 Miegakure: A spatial composition in which it is not possible to see all the parts at the same time. […] to allow the mind the possibility of reconstructing a mental image of the entire edifice.

To be a construct does not mean to be unreal or made up; quite the opposite.

[An] anti-humanist turn within culture that acknowledged the constructedness of subjectivity and the self as a product of cultural, libidinal, and linguistic signifying systems.

She hated all making, all colours and elaborate adornment, wearing only black and silver and living in bare chambers, and the gardens of the house in Osgiliath were filled with tormented sculptures beneath cypresses and yews.

Everything i touch turns into me.

Strolling from fiction to fiction across dream stage spaces, we may revel in a futuristic urban life.

Post-contemporary: The future constantly invades and forever haunts the production of both the present and past. 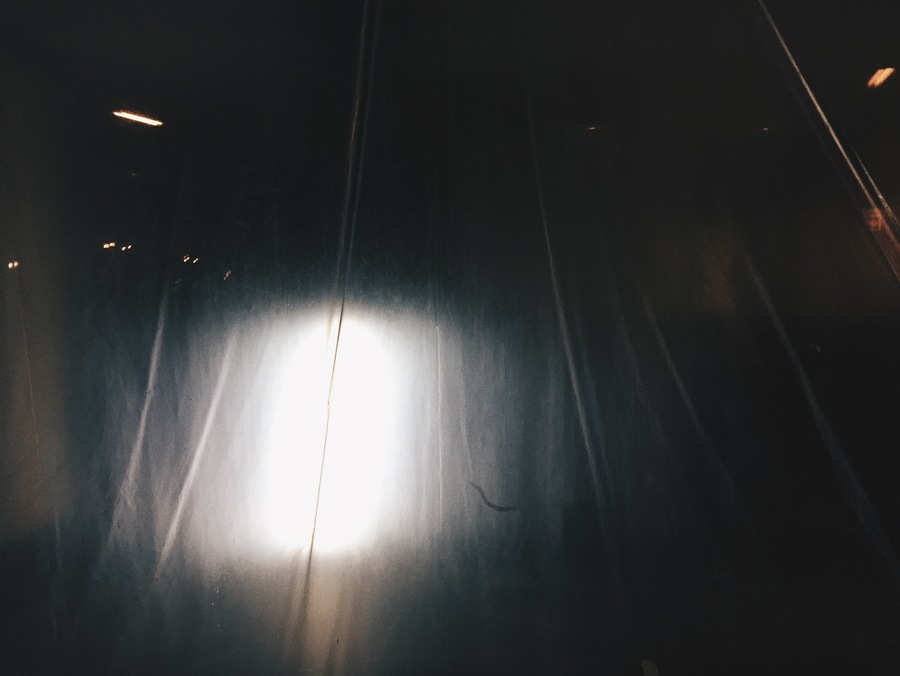 There are certainly ideas that i can trace back. That came to me initially when I was a teenager. That's when the idea first came and now I have formulated it one way or another. But in practice it's all the same substance.

If you can't leave your mark, give up.

The rules are in my head.

The potter himself was as sharp as a sword from Sagami. Yet he enveloped the whole thing in beauty. This tea bowl looks very simple, but there's a certain haughtiness about it, something regal and arrogant, as though he didn't regard other people as being quite human.

To begin with the obsession of originality is an unrefined and rudimentary process.

She had rewoven the remaining filaments of her senses into a great web in which she caught reality.

The beautiful is just the first degree of the terrible.

All palaces are temporary palaces. 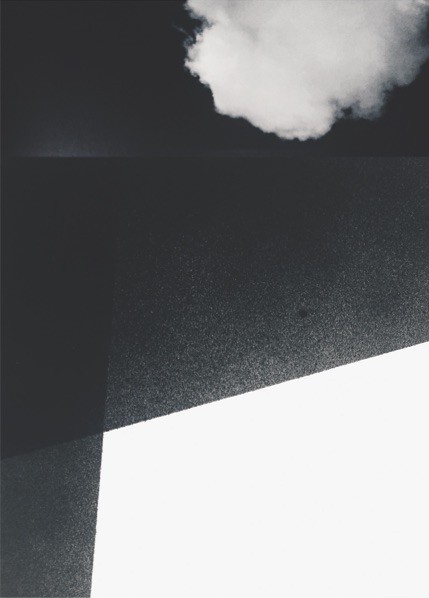